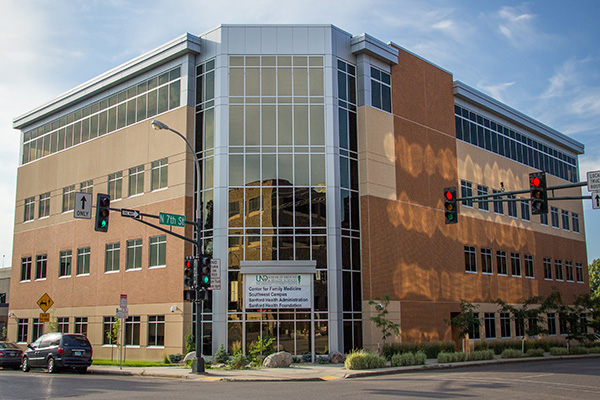 Developed by Beacon Biomedical, this federal Clinical Laboratory Improvement Amendments (CLIA) test for CRC screening has been on the market for a short time. While its performance has been demonstrated in case-control studies, its effectiveness has yet to be compared directly to that of more traditional colorectal cancer screenings such as colonoscopy and fecal-based testing.

“We need to get more people screened for colon cancer, period,” said Dr. Jeff Hostetter, Director of the UND CFM in Bismarck, explaining how many patients avoid colonoscopies for a variety of reasons. “Ultimately, we want everybody who is eligible to be screened for colon cancer to get a colonoscopy. However, not everyone who needs one will agree to undergo the procedure. But if the results of this study are positive, they might not have to.”

Despite being one of the most preventable forms of cancer, colorectal cancer remains the nation’s second deadliest cancer, claiming more than 53,200 lives in 2020. Among those 53,000 deaths, as many as 30,000 people – more than 56 percent of deaths – could have been prevented with early detection. Unfortunately, many people still avoid screening because they find existing recommended procedures unpleasant, inconvenient, and/or unacceptable, even when they understand the dangers of colorectal cancer.

This is where a UND Institutional Review Board (IRB)-approved study on a CRC blood test comes in.

“This is another tool in the toolbox [for physicians],” added Donald F. Weber, CEO of Beacon Biomedical, explaining how the noncompliance or screening “reluctance” rate for patients who have been advised by a physician to get a colonoscopy is still too high in the U.S. “We know there’s a huge colon cancer disparity in the African American and American Indian communities from the higher incidence and mortality rates we see. One possible reason for this disparity is the screening participation rates in these populations.”

According to Weber, recent data shows almost a 40% screening reluctance rate for African Americans and a 64% rate for American Indians. Furthermore, patient surveys indicate that 83% of persons who refuse a colonoscopy or fecal-based test would accept an effective blood test for colorectal cancer if it were available.

“If we can make colorectal cancer screening something physicians can do in-clinic, we are likely to see a higher rate of screening, which can really make a positive impact on healthcare outcomes,” he said.

Colonoscopy is still the gold standard for colorectal screening, said Hostetter, who makes the procedure his first recommendation. However, given the current level of screening hesitancy he sees, Hostetter was happy to participate in a clinical study on a CRC blood test.

As Hostetter explained, when patients come into the clinic and are eligible for colon cancer screening, the CFM offers them one of the more traditional screenings, which is standard colorectal cancer protocol based on each patient’s individual risk factors. Now, through this study, Hostetter’s team will also ask patients who are getting a colonoscopy or taking a fecal-based test if they want the blood test as well. For those who do, the BeScreened-CRC test will be provided and results compared with their colonoscopy or fecal-based test.

“If this test is proven effective at detecting cancer in the clinical setting, this would be a valuable adjunct to the primary care doc’s repertoire,” added Dr. Marc Basson, Senior Associate Dean of Medicine and Research at the UND School of Medicine & Health Sciences. “That is what this study is all about.”

“The idea of a blood test for colon cancer screening has been the holy grail for years,” Hostetter said. “If we can show that the blood test is a reliable screening tool for colon cancer, we would be able to dramatically improve screening compliance rates, which in turn would lead to earlier cancer detection and more lives saved from this devastating disease.”