A new SMHS Internal Medicine Residency Program-led committee on health equity looks to help balance the scales of health access and outcomes in the region.

The question stopped Dr. Laura Nichols in her tracks years ago when she was an internal medicine (IM) resident in Milwaukee, Wis.

Fumbling through a response, the now Sanford Health internist in Fargo, N.D., and IM clerkship director for the UND School of Medicine & Health Sciences (SMHS) Southeast Campus remembers reflecting on what in this particular African American patient’s history would produce such a bold question to a white, female physician.

“I don’t really remember what I said to him, but I did ask him, ‘What was it that made you feel you needed to ask me that at the beginning of the appointment?’” Nichols recalls. “And he told me, ‘Well, I’ve had bad experiences in the past with physicians who I felt were not treating me equally because of the color of my skin.’ I hope I said something to the effect that, ‘I’m going to do my best to treat you as I would anyone else, based on the evidence, but I understand that inequities exist in medicine.’”

The conversation stays with Nichols to this day.

This is why, among other reasons, she didn’t hesitate last year when residents in the Fargo-based SMHS Internal Medicine Residency Program asked her to serve as a faculty mentor to a new committee they were forming to address health inequity in the region.

After a number of discussions about often complex questions of inequality within American healthcare—why do systemic inequalities persist and what is their origin? at what level are they best addressed?—these residents, mostly graduates of the SMHS, established the region’s first Health Equity Committee. 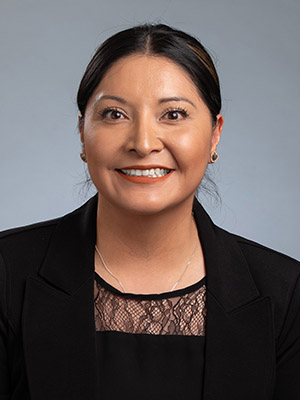 One of these young physicians is third-year resident Dr. Ciciley Littlewolf, who, like her colleagues, was looking for a vehicle to address persistent issues like the three times higher hospitalization rate among the American Indian/Alaska Native people (AI/AN) suffering infectious disease relative to the non-Native population—for the same conditions.

“I’m passionate about being an advocate for minority groups in the Dakotas and Minnesota,” explained Littlewolf, who helped found the equity group in 2021 with Drs. Jessie Bjella and Stephanie Melquist. “We had some great conversations, recognizing that there are healthcare inequities that we could bring attention to, and help educate our colleagues and prepare them to provide more and better healthcare to minority groups.”

“The health disparities in our country are pervasive and desperately need to be addressed,” shared Rubner, who jumped at the chance to join the team when she received an email notice about it. “I think being a physician comes with the responsibility to advocate for your patients, especially those not receiving the care they deserve, and using your role to initiate change—not only in an individual’s care, but at the level of the health system.”

“I was a med student at UND and had worked with Dr. Bjella in my fourth year,” added Schroeder. “We serve a wide variety of populations in the Fargo-Moorhead area, as well as outside communities, and this is a great opportunity to serve our populations better.” 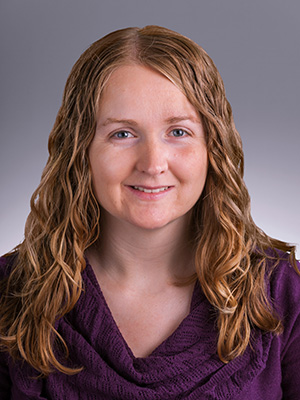 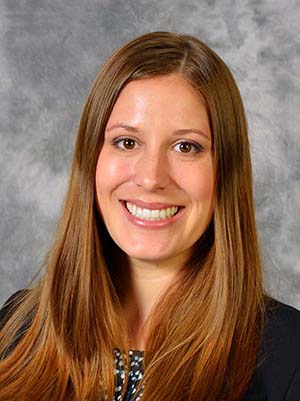 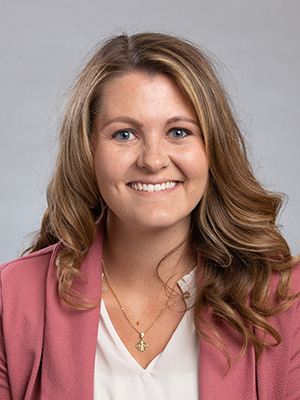 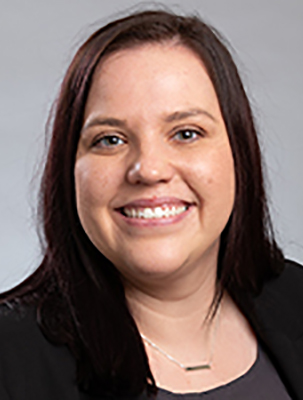 This core in place, the committee got to work strategizing how it could help reduce the unequal access to and inconsistent outcomes from the medical care that members of minority groups in the region might be experiencing.

Projects the team has pulled off so far include a lecture series for residents and veteran physicians discussing different aspects of culturally competent care for minority groups; outreach to area homeless shelters and religious institutions to address care for those who fall below the poverty line; and even advocating for the review of institutional policies and procedures that might be contributing to unequal access or outcomes.

Discussing a fundraising drive the team coordinated with a pair of Fargo nonprofits in 2021, Thompson noted that the local imbalance in care is greater than many in even the medical community know.

“We procured a lot of donations on toiletry products, clothing, shoes, hats, and winter coats, and it was a lot of fun to see our UND and Sanford communities come together for both homeless shelters in Fargo,” she said. “And we got to drop off those goods in-person.”

Thomspon then added that the committee is working on embedding the group’s work into IM Grand Rounds as well.

“We’re working with [internist] Dr. Jean Marie McGowan and [endocrinologist] Dr. David Newman on a lecture series this spring on how to provide health care to the LGBTQ-plus community.”

Specific projects the group has pursued include producing regular lectures for residents on “structural competency” and identifying common dermatologic conditions in patients with non-white skin tones; exploring the significance of pronoun use with transgender patients; and recognizing and addressing the latent biases all of us—health providers or not—may not even be aware we harbor.

“I really use my own life and my family as an example of the disparities that are experienced within [the American Indian] minority population,” Littlewolf continued of the lecture she gives first-year residents on culturally competent care for Indigenous people. “Because it’s so close and personal to me, it’s usually an emotionally-charged thing—on my part—meaning it makes me very vulnerable to share those stories. But I also think it’s really important and impactful because I recognize that this is just one minority population among many where I know that we as providers can do better.”

The Indigenous example is instructive in so far as it helps explain the question Nichols was forced by her Milwaukee patient to field.

Noting in their recent book, American Indian Health Disparities in the 21st Century, how the Indigenous relationship with the American government “has been characterized by warfare, conflict, land seizure, forced assimilation and acculturation, and governmental mediation and resolution,” SMHS faculty Dr. Don Warne, associate dean for diversity, equity, and inclusion, and Dr. Cornelius Dyke, chair of the Department of Surgery, describe how this fraught history produces the health inequities that the Indigenous population still experiences.

In other words, adds Nichols, history, structures, and power themselves are arguably the leading factors influencing the chronic disparities physicians and patients of all backgrounds continue to see.

“When somebody comes to your office or you see them in the hospital, there’s always a power differential there,” she said, cutting to the chase. “So, physicians should really focus on this work, because we have to figure out how to empathize with our patients that maybe are from a different class than us or are a different race than us or a different fill-in-the-blank than us. If we don’t, we won’t be able to show them the same level of empathy as those people with whom we identify more closely.”

After all, Nichols said, health is about so much more than diet, exercise, and smoking. It’s about all the social determinants of health that in many cases providers can’t even see.

Littlewolf agreed, adding that its not really a coincidence that her committee emerged during a global pandemic that has—as Warne and Dyke noted in their book—only exacerbated already entrenched inequalities.

“With the higher volume of patients that we’ve seen [due to the pandemic], we definitely see a lot of patients that come from the backgrounds that we’re trying to understand better through this committee,” she said. “And COVID for sure has exacerbated a lot of those healthcare disparities that, unfortunately, were already there.”

“I am so proud of this committee of residents and faculty in internal medicine for not only raising awareness of the issues through education and training, but also organizing very meaningful health equity work in our communities,” added Dr. Dinesh Bande, chair of the SMHS Department of Internal Medicine. “Such social determinants of health—economic stability, education access and quality, healthcare access and quality, neighborhood and built environment, and social and community context—contribute to most healthcare disparities and inequities.”

And by asking the tough questions, Littlewolf and the rest of her committee hope to help make such disparities a thing of the past.