The Chemistry of Residency

For nearly 50 years the UND Centers for Family Medicine in Bismarck and Minot have produced exceptional family physicians prepared for rural practice.

That value can be visualized in the spreading colors carried by a medium such as water from the center to the margins of a canvas – a white coffee filter, for example – in the experiment many of us conducted in middle school.

“That’s how I think about these residencies and the physician shortage in all areas – for sure in North Dakota,” Hostetter said, explaining how nearly 80 percent of the family physicians in Bismarck-Mandan area trained at one of these two residencies. “You look at the footprints of these residencies and see that within 20 or 30 miles of the residency there are plenty of family doctors. Out from there, though, you do see fewer.”

For nearly half a century, in other words, these residency clinics have served as that medium, pushing physicians slowly out across North Dakota and providing much needed family medicine to the central and north-central parts of the state in particular.

And they’re just getting started.

The move to develop medical residencies away from UND’s main campus began in the early 1970s. In an effort to expand UND’s two-year Bachelor of Science in Medicine (BS Med) degree into a four-year MD program for the state, then-School of Medicine & Health Sciences (SMHS) Dean John Vennes proposed using the federal Area Health Education Center program to expand the School’s reach in a state that was, then as now, anxious over physician shortages. When the MD program came officially online in 1975, so did the branch campuses in Fargo, Bismarck, and Minot – and with them, three-year family medicine residencies in the cities.

“One of our goals is to graduate residents who could go to Kenmare or Stanley or Tioga or wherever we have these critical access hospitals and care for the patient population,” explained Dr. Peter Sandroni, program director of the Minot CFM. “We do that by having faculty that are either experienced in that environment or are actively practicing that way.”

To that end, in 2014, both CFMs established Rural Training Tracks in Williston and Hettinger, each of which house four residents for the final two-years of training in these further-west communities. Directed today by Drs. Curt Small and Catherine Houle, respectively, the rural tracks emerged out of the state’s Healthcare Workforce Initiative, which is designed to boost health providers of all types to all parts of North Dakota.

And so-far-so-good smiled Bismarck CFM Business Manager Jodi Myrvik, who explained that after getting residents into these communities, the next step is to get them to stay there to practice.

“The residents absolutely love the opportunity and autonomy they get out there,” she said. “They think it’s cool when they’re in the small-town grocery store and they see the patients they’d cared for. That’s less the case in a bigger city. And the community appreciates that they’re there too.”

“They are ecstatic about the opportunity they have out there,” added Bismarck CFM faculty Dr. Shannon Sauter, herself a graduate of the Bismarck residency, speaking of the Hettinger track specifically. “Every time they come back they have such positive remarks about being out there. They feel like they’re ‘on their own’ but have a great support team. When you’re the only one out there, you’re the first person [patients] go to.”

In more than 40 years, and across four locations, then, the two CFMs have graduated more than 400 residents total, very many of whom either practiced or are still practicing in North Dakota.

That sort of strategy has been especially valuable during the worst global pandemic in a century, said Dr. Ranon Cook, a second-year resident who joined the Bismarck team in 2019. What drew him to the Bismarck residency, said Cook, was the fact that it was a small program that nonetheless provides a wide variety of care for multiple populations. 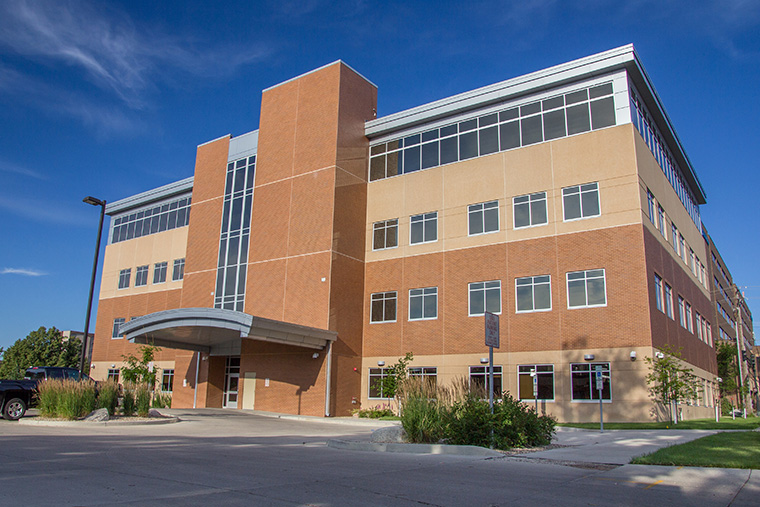 Even so, Cook admits to the challenges of residency training during the SARS-CoV-2 (COVID-19) outbreak, which has not only made many people acutely sick, but also kept too many people from getting the routine care they need, resulting in more illness down the road.

“The patients we see now are more ill, even in the clinic,” he said. “We’re seeing fewer minor things, more serious issues. That’s definitely the case in the hospital. Illness levels we’re seeing now are a lot higher than before COVID.”

Explaining that at one point her clinic was down to 10 in-person patient visits per day, Minot CFM Business Manager Becky Bina added that many of the Minot patients didn’t even have the technical capacity to adopt telemedicine as a solution.

“We had to figure out how to do telemedicine with patients who maybe didn’t have electronic devices to do a video,” she said, reminding her colleagues that just as COVID was spiking a pipe burst in her clinic, which was undergoing a renovation, flooding the center’s basement. “All this is happening as we’re trying to get our residents trained and rotations completed. But in Minot it’s just been, ‘Let’s pull up the bootstraps and get it done.’ Because you just had to. Healthcare doesn’t stop if you have a water main break or a pandemic happening.”

All of that stress has taken its toll, though, particularly as Minot’s seven-day COVID-19 test positivity rate reached nearly 30 percent in November and deaths were compounding.

One of the most difficult things for first-year residents to manage, said Sandroni, is the death of a patient and counseling a family that has just lost a loved one. And whereas most residents, pre-COVID, had to deal with the loss of a patient “a few times a month,” by late-2020 these same residents were forced into having that talk with families several times each week.

“The stress level of the residents was really high, especially in December, and you could see it happening [in real time],” Sandroni said. “That was difficult. A lot of people were dying and those were conversations you just had to have.”

To help residents cope with these high levels of stress and loss, the CFMs turned to their clinical behavioral health specialists, Dr. Melissa Naslund in Minot and Dr. Brynn Luger in Bismarck. Both are doctorate-level counselors whose duties for the CFMs include serving as “western wellness advocates” for residents at the Bismarck and Minot CFMs.

“We had to be more involved in that area— more communication and more sessions to ask residents ‘how are you doing?’” Sandroni explained, adding that for as hard as those months were, residents became skilled communicators very quickly. “A lot of times people died very quickly [from COVID]. And we didn’t think they were going to die. That was hard to deal with. These residents who have gone through this have gotten really good at talking in difficult situations.”

All of that said, North Dakota’s first residencies carry on, seeing more patients, revising safety protocols, and helping patients of all backgrounds acclimate to telemedicine.

On this last, faculty from both CFMs agree that telemedicine will need to be developed further, as will rural outreach programs like those in Williston and Hettinger, perhaps to include one or more American Indian reservations in the state.

“Some of our patients drive an hour or 90 minutes to come see us,” said Sauter. “If they have the opportunity to reduce that driving time – COVID or not – and still get the care they need, we’d like to do that.”

Both faculties likewise added that, if given the chance, they hope not only to add more specialties in their clinics, but expand their resident training to address more directly things like the social determinants of health.

“That’s something I want to be more embedded in the consciousness of our grads and faculty and the community as a whole,” concluded Hostetter, calling “socioeconomic things” the source of many of the conditions his residents see every day. “I personally believe that it is the job of physicians to address health equity. Traditionally we’ve said things like ‘I’m just here to make the diagnosis and figure out what to do; how it’s paid for or the effect it has on everybody else is society’s problem.’ Well, it’s our problem too. We’re the ones who wield the knife and are in control of the tools. I hope our profession embraces that in the future and our graduates embrace that as well and have that mindset going forward.”