The following is the first of a two-part series detailing the history of UND’s historic and influential Center for Rural Health, which was founded 40 years ago this year. This story focuses on the center’s early years.

If you ask any of the former directors what has made the Center for Rural Health (CRH) successful for the past 40 years, you’ll likely get several answers. But one thing they’ll all agree on is that at the heart of the CRH is a committed group of people all working toward the same goal—connecting resources and knowledge to strengthen the health of people in rural and tribal communities.

“We have a great staff and faculty here,” said Gary Hart, who has served as the CRH director since 2010. “I think one of the great things is that very few people have left, and we’ve kept a real strong core of programs. All of these national centers that we have, those people who were here when I got here are still here, and their centers are doing really well. The folks here work really hard. They’re dedicated, there’s a mission that people feel, and they work toward that.”

Because the CRH is mainly a grant-funded operation within the University of North Dakota School of Medicine & Health Sciences, it has a little more latitude than other programs to be creative in finding solutions for the communities it serves.

“I’ve always said that the Center for Rural Health is basically a form of public entrepreneurship,” said CRH Deputy Director Brad Gibbens, who has been with the CRH for 34 years. “We find problems, we come up with solutions, and we try to find money to address those problems. We are not locked into a box where we can do only the things that our State Office of Rural Health grant can support. So again, it’s part of that environment that’s very supportive and conducive to innovation. You have an idea. It’s a good idea. Let’s try to find some funding.”

That entrepreneurial spirit has been with the CRH from the start. In the late 1970s, Dr. Robert C. Eelkema, chair of the then-Department of Community Medicine at the University of North Dakota School of Medicine, envisioned a new way to address the lack of providers in rural and underserved areas. Eelkema pitched the idea to Tom Johnson, who was dean of the medical school. Agreeing it was a good idea, Johnson and Eelkema presented the concept to the North Dakota Legislature. With a $73,000 allocation, the CRH was established in 1980. It was one of just five such centers in the country. Today, all 50 states have an office of rural health. 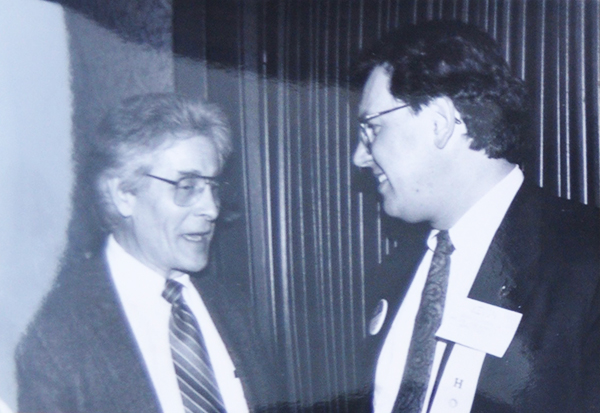 Johnson approached Kevin Fickenscher, BS Med ’68, to be the CRH’s founding director. At the time, Fickenscher (right) was working in New York, but the idea of coming back to North Dakota and shaping this new program intrigued him. “To me, it seemed like the ultimate social medicine project because I was going to be coming back home, and I was given this very broad charge of ‘solve rural health problems,’” Fickenscher said.

Fickenscher accepted the challenge and became the CRH’s first and only employee at that time. From the very start, Fickenscher didn’t want the CRH to be a traditional academic research program. “I wanted us to help the people of North Dakota,” he said. “So we were going to help make health care better. That was my overriding philosophy.”

Fickenscher didn’t know exactly what that meant, so he visited physicians in rural North Dakota. He also reached out to legislators across the state. He asked all of them what they wanted his office to do. “The clear message was if you sit in Grand Forks, you’re not going to help us. So don’t sit in Grand Forks,” he said.

So Fickenscher travelled the state, working with rural hospitals to help them find ways to continue developing and sustaining health care services for area residents.

Among the first events held by the CRH was the Dakota Conference on Rural and Public Health. The first Dakota Conference was held in 1984. Since its inception, the conference has provided an opportunity for health care professionals, educators, and students to share strategies for building and sustaining healthy communities in North Dakota.

Because of the work going on in North Dakota, several of the surrounding states reached out to the CRH, giving it a more regional focus. By the time Fickenscher moved on from the CRH after nine years with the program, it included 15 staff members, a $1.8 million budget and a number of projects.

A time of growth

Originally from New York City, Jack Geller first came to UND to fill in for a Sociology Department faculty member who was on a one-year sabbatical. With an academic interest in rural issues, it seemed natural that Geller would gravitate toward the CRH despite his urban roots. In time, and at the invitation of Fickenscher, Geller came to the CRH as its research director.

“The Center for Rural Health was doing a modest amount of research, but most of this focus was service to rural communities, rural health care facilities,” Geller (below-left) said. “So there was a very large service staff, people who were going all across rural North Dakota, but research capacity and research expertise was modest.” 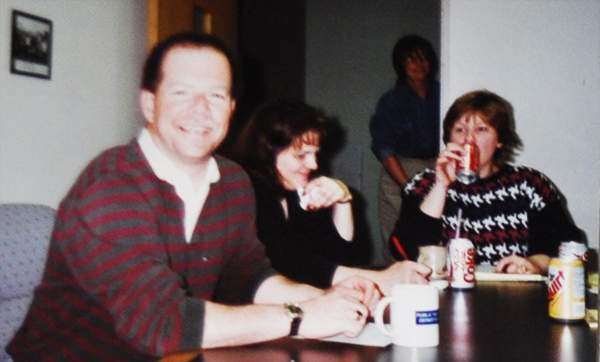 After Fickenscher left, Geller became the CRH’s director in 1990, serving until 1996. Though he had a background in research, the main goals of the CRH stayed true.

“I don’t think by that time my focus was really changed. I think it would be more appropriate to say the mission of the center actually grew and expanded,” Geller said. “So in addition to its continuing commitment to actual service, physician recruitment, and, to an extent, trying to engage with medical students in the value and the virtue of rural practice, we also then had a component which was pretty fixed by the time Kevin left. We had become, shortly after I arrived, one of seven national health research centers in the country funded by the federal government. That kind of gave us entrée into a broader network of researchers that the center didn’t have before, but I don’t think it lessened in any way the service commitment to rural North Dakota communities, hospitals, physicians, and the recruitment of physicians to rural North Dakota practice.”

Along with branching out the research and service agenda, the CRH delved into gerontology and Native American aging pursuits, Geller said. With that program growth came the need to bring more staff onboard. The growth that happened at the CRH occurred with the support of the University. People at

UND understood the value of the CRH and allowed it to take risks and to grow, Geller said.

“People like Tom Clifford, when he was president, understood the value of a place like the Center for Rural Health,” he said. “The deans of Medicine, Tom Johnson at that time, Clayton Jensen, and a number of really strong deans who followed, all [supported us] as well. There was a commitment Universitywide to this center that I don’t think really existed in many other universities, which may have been getting an equal amount of grant dollars. But if those grant dollars went away or lessened, the University didn’t have that overall commitment. That [commitment] was at UND, and I think that really made the difference. That allowed [the CRH] to flourish. That allowed it to take risks [and] to expand services.”

Look for the second article in this series in the Summer 2020 issue of North Dakota Medicine!