“If you’re at Thanksgiving dinner and you’re not eating turkey, grandma is not happy.”

Laughing at the thought is Logan Schmaltz, a third-year medical student at UND on the phone from her clinical site in Fargo. The Rugby, N.D., native was explaining the social challenges of eating a whole foods, plant-based diet in the upper Midwest.

She’s heard all the quips of course: How do you get enough protein? Don’t you crave meat? Isn’t avoiding meat unnatural?

Although she has responses for such questions—including reminding skeptics that newborns thrive on a diet of only breast milk, one of the most nutritious products on the planet— she explains that her decision to adjust her diet several years ago was less about ethics or politics than necessity.

“I was 12 years old when I was diagnosed with Type 1 diabetes,” Schmaltz, now 30, continued. “I am at greater risk for other chronic diseases, especially high blood pressure and cholesterol, heart attack, and stroke. Heart attacks are the top killer of patients with diabetes of all types. So I choose to eat this way to decrease my insulin resistance, keep my blood pressure down, and hopefully prevent heart attack or stroke.” 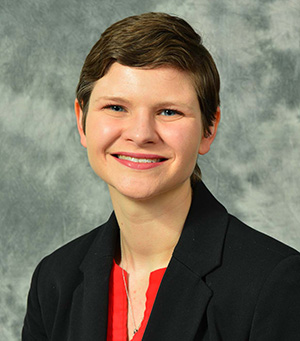 Her gastronomy notwithstanding, Schmaltz has diabetes to thank, in part, for its influence on her interest in both medicine and socioeconomics. A former preveterinary medicine major, Schmaltz said she turned to medicine following an especially moving visit with a diabetes specialist.

“He treated me with amazing empathy, and I decided I really wanted to be able to treat patients the same way,” said Schmaltz, who spent time in Belcourt, N.D., last summer for a site visit with UND’s Indians Into Medicine MCAT Prep Program and learned about chronic disease in rural “food deserts.” “I know that getting whole foods to families can be expensive. If you’re in a place like Belcourt, you pay a tax of sorts for fresh fruits and vegetables because transporting that food to a rural place takes extra fuel. It’s perishable, so you pay something like $8 for a pound of apples—it’s insane.”

This is why Schmaltz envisions building a community greenhouse as part of her medical mission so the region she ends up serving can grow its own produce year-round.

“You need to address these [socioeconomic] issues with the community, not just in the clinic,” she added, referencing an article she drafted for the Center for Rural Health’s Targeted Rural Health Education (TRHE, pronounced “tree”) program that discusses epigenetics and chronic disease in the American Indian population. “We learn so much about acute care [in medical school], but more than 75 percent of the stuff many of us treat is chronic. And that’s where most of the issues emerge.”

Given these overlapping interests, it makes sense that Schmaltz would have her mind set not only on primary care, with endocrinology creeping in, but practicing in North Dakota after her medical residency.

“But either way, I will be doing diabetes management in my practice,” she confirmed.

To that end, in October 2019 Schmaltz joined SMHS faculty at a conference of the World Organization of National Colleges, Academies and Academic Associations of General Practitioners/Family Physicians (WONCA) in Albuquerque, N.M.

After presenting on the TRHE program with SMHS faculty Drs. Bryan Delage, Kamille Sherman, and David Schmitz, Schmaltz coordinated an international, all-female panel of providers and students at the conference, “Women in Rural Health: Strategies for Success in Rural Practice,” to talk about the perks and challenges women face when practicing in a rural area.

“Studies have shown that a lack of rural female physicians limits access to care for female patients, especially in obstetric care and screening tests,” wrote Schmaltz in her panel abstract. “Therefore, the importance of female physicians practicing in rural locations cannot be understated.”

Calling the panel both well-received and well-attended, Schmaltz noted that she rounded up physicians from Sweden, Australia, and the U.S., and a resident from Wales—plus herself and another medical student—to talk everything from work-life balance and finding a spouse in a rural setting to workplace safety, childcare, and having confidence in being a community’s lone physician.

“The one thing that came up repeatedly on the panel was that [the women] never felt they were not supported by their community,” she said. “The community wanted them to stay, so for example some of these women’s neighbors would take care of their kids if they got called in to the hospital in the middle of the night.”

Such support matters because it’s likely that female health providers will play a large role in helping alleviate the physician shortage in rural and urban areas in the future. Women have been matriculating into and graduating from medical schools with greater much frequency since at least the 1990s, now making up at least half of the medical student body in most colleges.

This fact sits well with Schmaltz, who is a member of the first majority-female medical student class in SMHS history (Class of 2021).

Closing the conversation the way she began it—with a laugh— Schmaltz commented on the excellent training she received at the SMHS in Grand Forks.

“I feel prepared,” she said, admitting that “trying to learn how to get information that you need out of patients to treat them better has been my biggest challenge. But that comes with time and practice. I love sitting with patients and learning about them and their lives. That has been the best thing for me about getting into the clinic.”