SMHS faculty and alumni team up to reduce SIDS deaths in the U.S. and change the way physicians and medical examiners talk about the event.

In the 1990s, when the Back-to-Sleep campaign was introduced to remind parents to lay baby down on his or her back for sleeping, the number of deaths from sudden infant death syndrome (SIDS) began to fall dramatically.

Two decades into the campaign, though, forensic pathologists and medical examiners across the country were still seeing too many tiny bodies in their laboratories.

Mark Super, M.D., was determined to find out why.

According to the 1980 graduate of the UND School of Medicine & Health Sciences, much of the reason for the persistence of SIDS is wrapped up in semantics.

“In the late 90s, [Back-to-Sleep] did reduce the number of SIDS cases,” explained Super over the phone from his office in Merced, Calif., where he is also a forensic pathologist in the Merced Co. Sheriff-Coroner’s Office. “But then American pathologists quit using the term ‘SIDS.’ So, cases statistically dropped off, but these deaths were in many cases occurring—they were just called something else.”

In other words, as Back-to-Sleep emerged, American pathologists started thinking of SIDS not as a natural, passive event, but one wherein kids may have been actively placed in a dangerous situation unintentionally. So they started using different terms such as “undetermined” or “asphyxia”—terms that ended up on death certificates at the state level even when SIDS was what the pathologist had in mind.

“When we looked at the situation, some of these were ‘layover cases’ [of parents rolling onto co-sleeping babies],” Super explained. “They could be accidents. And yet the autopsies all looked the same.”

Tasked with better defining SIDS and clarifying the coding for SIDS and its subcategories for the 11th edition of the International Statistical Classification of Diseases and Related Health Problems (ICD-11) Sens, Super, and 22 of their colleagues were invited to the Congress. Forensic pathologists, epidemiologists, researchers, WHO and CDC administrators, family physicians, pediatricians, pediatric pathologist, and parent representatives from the U.S., New Zealand, England, Norway, and Germany spent three days parsing out words, acronyms, and phrases surrounding SIDS as an event and medical diagnosis—and the effect those revisions would have on medical examiners and forensic pathologists in the lab. 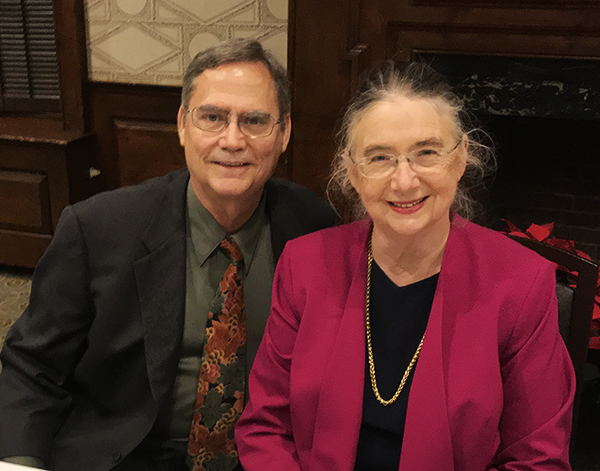 “We weren’t discovering anything new, but creating more organization in a field that has ‘gone off the rails’ a bit in terms of coding death certificates,” Super added. “But there’s still a lot of work to do because in some places they don’t even autopsy these kids.”

Super said he was flattered when he was selected to be on the Harvard panel and delighted when he realized that Sens was also on the panel. In July 2019, the panel produced a paper for the journal Forensic Science, Medicine and Pathology. Summarizing days of work into about 2,000 words, the paper, “Inconsistent classification of unexplained sudden deaths in infants and children hinders surveillance, prevention and research,” makes clear that the biggest obstacle to getting a better handle on SIDS has been its definition and coding—or lack thereof.

So did their team clarify that definition, said Sens, recommending that the World Health Organization change the ICD-11 codes to align with the recommendations of this international panel.

“This is under consideration now and when implemented will advance the codification and classification of these tragic deaths so that we can work to eliminate them,” she added. “As forensic pathologists, we still see these cases often. We have to talk to the parents, which is heartbreaking, so it’s vital that we get this right not only for [parents] but for us as professionals. It helps us do a better job of finding causes of these tragedies.”

After all, said Sens, the issue involves more than mere semantics.

Sens had a hand in a landmark new paper that she and her colleague Larry Burd, Ph.D., a professor of pediatrics at the SMHS, contributed to that might have just found one major factor in SIDS deaths.

The two are included in the author list of a paper (“Concurrent prenatal drinking and smoking increases risk for SIDS: Safe Passage Study report”) published in The Lancet’s EClinicalMedicine journal describing the almost 12-fold increase in SIDS incidence among children exposed to alcohol and cigarette smoke after the first trimester, relative to unexposed fetuses.

“This is the first multinational, longitudinal study showing that infants exposed to alcohol and cigarettes beyond the first trimester have considerably higher risk for SIDS,” said Burd, who worked on the alcohol exposure portions of the report. “We enrolled almost 11,900 women in North and South Dakota and South Africa, and followed babies up to one year of age looking at stillbirth rates, development problems, and birth defects.”

According to the paper, although the incidence of SIDS, the leading cause of infant mortality in the United States, has been in decline since the 1990s, it remains a stubbornly frequent occurrence in the U.S., relative to most other advanced free-market economies. And the data suggest that alcohol and tobacco exposure late in pregnancy is part of the reason for the event’s persistence.

Enter Burd, Sens, and their colleagues, who said that while a correlation between SIDS and smoking was established years ago, the literature on SIDS and alcohol has been mixed.

But this new paper puts any ambiguity to rest.

“What we found is that exposure to alcohol and smoke combined had what we call a ‘synergistic effect’ on SIDS risk that was substantially higher than exposure to just alcohol or cigarettes individually,” Burd added. “This increased risk was unique to SIDS and did not correlate to other non-SIDS infant deaths.”

From North Dakota to the world

With the World Health Organization’s adoption of the ICD- 11 in 2019, then, not only defining and coding for SIDS, but determining its cause should get easier for medical examiners, pathologists, and states.

Such an outcome demonstrates the degree to which North Dakota continues to have an impact on world health.

Super agreed and credits the success he’s seen at least in part to his Midwestern roots.

“It’s too bad my mother died because she’d be proud to know that her son finally got into Harvard,” laughed Super, a Bismarck native. “It took a while, but I made it.”